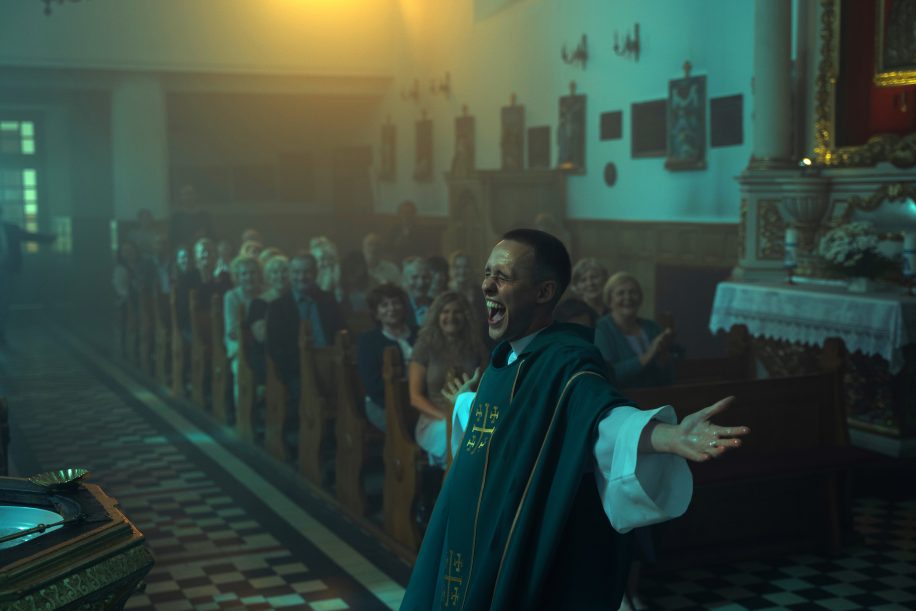 While Upstate was unable to screen Corpus Christi at our theaters before we shut things down, we still think it’s worth watching. In partnership with Film Movement, we’re pleased to offer you a chance to watch it in the comfort and safety of your own home. When you buy a ticket for a Virtual Screening of Corpus Christi, half of the ticket price comes right back to support Upstate Films. In these difficult times, it’s a great way to keep up with the best independent and international films, and to help the theater workers, distributors and filmmakers who are all struggling with this abrupt change of circumstances.

Nominated for Best International Feature, this Polish drama (based on a true story) tells the story of a young man who leaves a juvenile detention center and journeys to a small mountain town where he then assumes the role of a Catholic priest.

While in the youth detention center, 20-year-old Daniel (Bartosz Bielenia) experiences a spiritual transformation. Although the crime he has committed prevents him from applying to the seminary, Daniel has no intention of giving up on his dream – once released on parole, he is sent to work with a carpenter, but soon assumes the role of priest in the small-town parish. As he becomes acquainted with the lives of the locals, he learns of a tragedy that has caused a rift within the town. Through his unconventional yet passionate preaching style, he attempts to unify the villagers and heal the divided community; there is, however, an aggression in Daniel which lies barely restrained beneath the surface. With expressive acting and a backdrop that is both beautiful and haunting, CORPUS CHRISTI is a stirring piece of filmmaking that touches on themes of judgement, hypocrisy, acceptance, and what it means to truly forgive.

“Corpus Christi is neither a parable nor an allegory, yet image after image seems charged with intent, from the opening shot… to the climax, an apocalyptic welter of fire and blood.” – Anthony Lane, The New Yorker