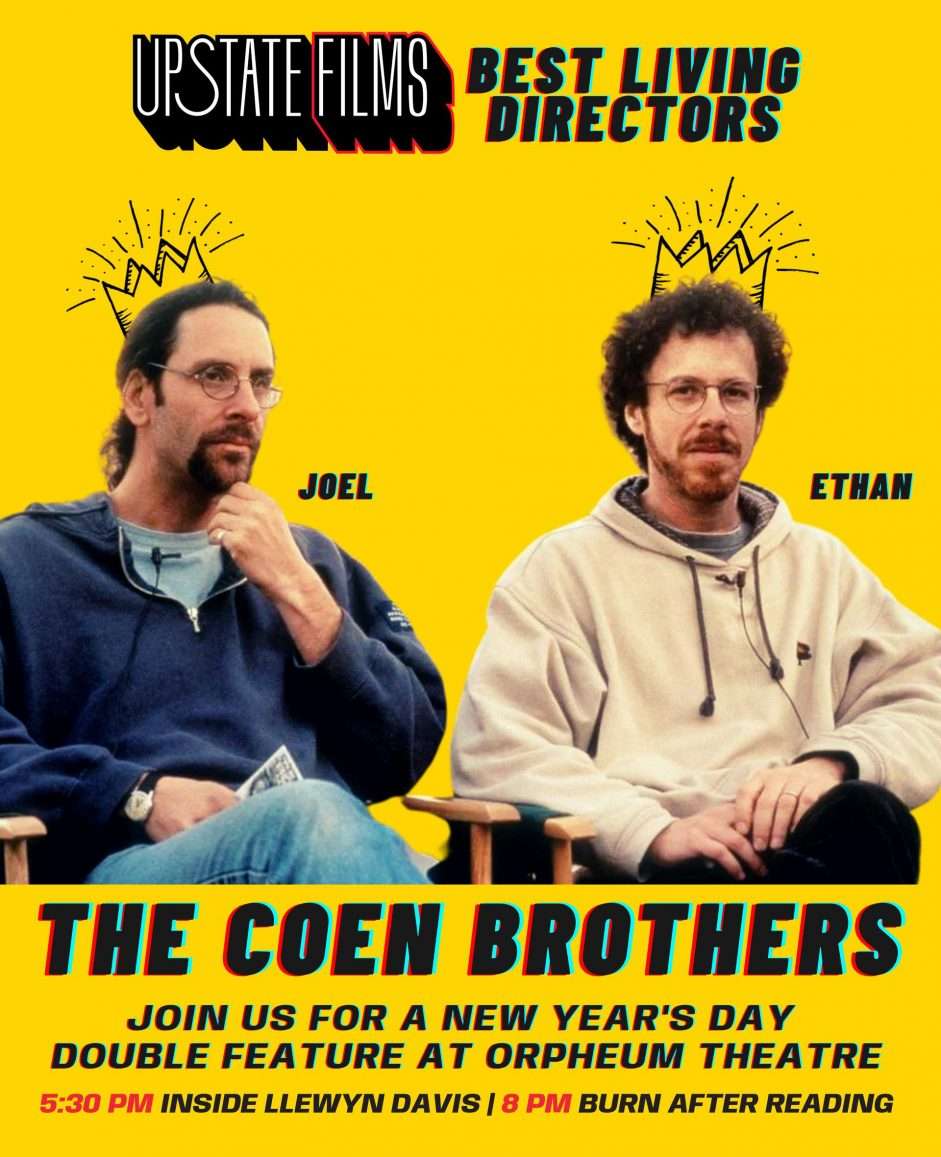 Join us at the Orpheum Theatre on New Year’s Day to celebrate with two audience favorites — INSIDE LLEWYN DAVIS and BURN AFTER READING. Ticket options for individual films or both films for the full Coen Brothers immersion!

Follow a week in the life of a young folk singer as he navigates the Greenwich Village folk scene of 1961. Guitar in tow, huddled against the unforgiving New York winter, he is struggling to make it as a musician against seemingly insurmountable obstacles — some of them of his own making.

45 minute intermission during which we will show best clips from other Coen Brothers movies, with trivia and prizes!

A disk containing mysterious information from a CIA agent ends up in the hands of two unscrupulous and daft gym employees who attempt to sell it.