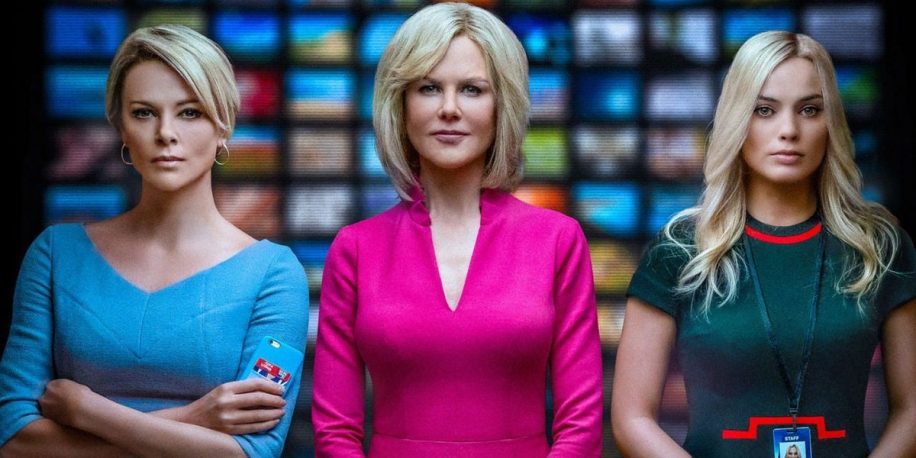 Academy Award winners Charlize Theron and Nicole Kidman play two of the on-air personalities of Fox News (Megyn Kelly & Gretchen Carlson) and Margot Robbie is a composite character, an ambitious evangelical new hire in this powerful movie about how the CEO of Fox News, Roger Ailes, was finally dethroned due to his sexual harassment of at least twenty-three women.


John Lithgow is totally intimidating as media guru Ailes, who, before creating Fox News, was a media consultant for Republican presidents Richard Nixon, Ronald Reagan, and George H. W. Bush, and for Rudy Giuliani’s first mayoral campaign. In 2016, he advised the Donald Trump campaign, and assisted with debate preparation. At Fox, while spinning gold for the Murdochs, he seemed untouchable until he wasn’t as many women took the risk to go public with their stories. BOMBSHELL is a revealing look inside this most powerful and controversial media empire, and the explosive story of the women who brought down the infamous man who created it.