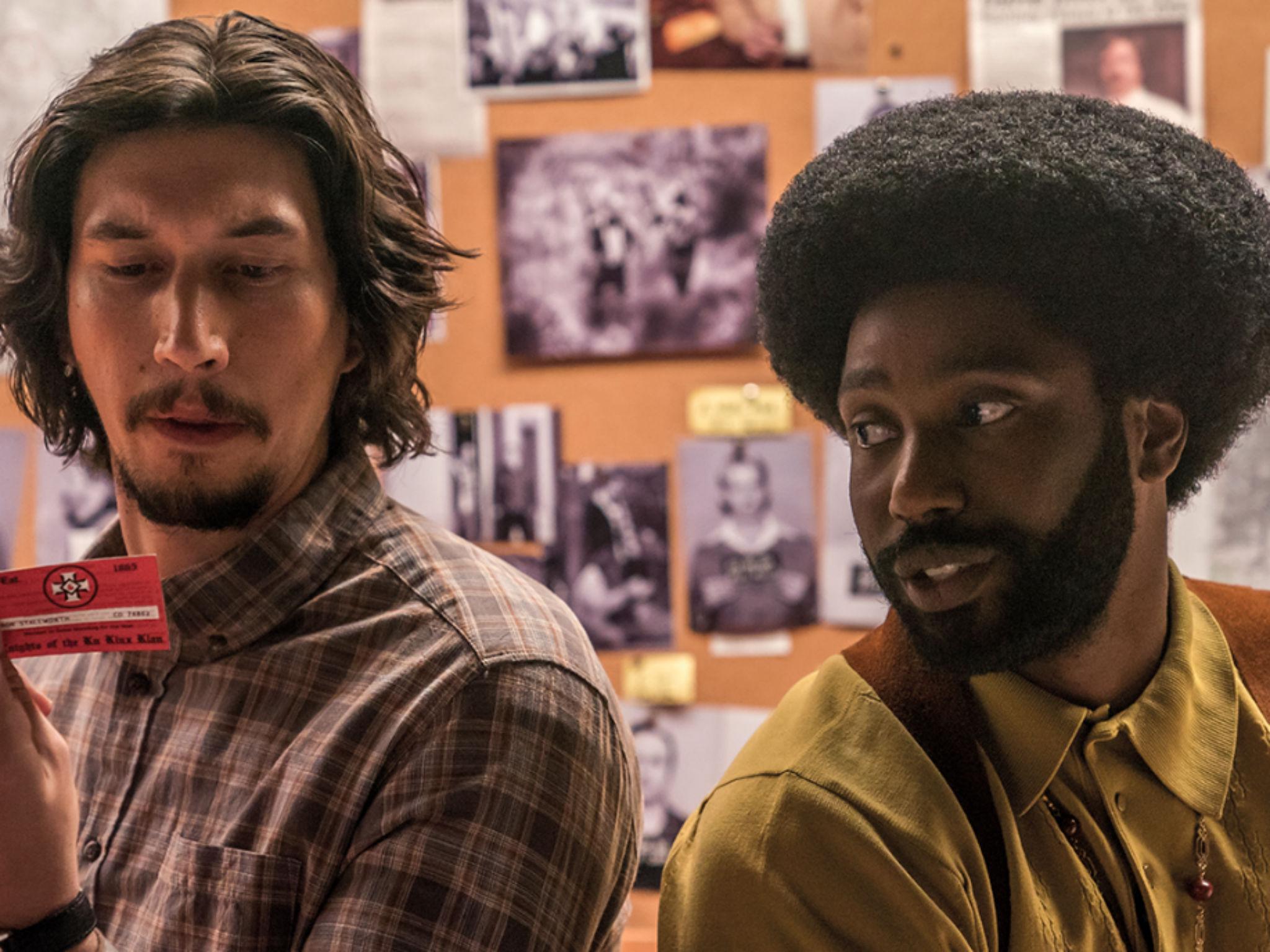 Spike (She’s Gotta Have It, Malcolm X, Do the Right Thing, When The Levees Broke, Jungle Fever, He Got Game, etc) Lee’s latest, winner of the Grand Prix at the Cannes Film Festival, stars John David Washington as Ron Stallworth, an African-American police officer who successfully infiltrates the KKK.

This is the incredible true story of an American hero, Ron Stallworth (John David Washington), who in the early 1970s, was the first African-American detective to serve in the Colorado Springs Police Department. Determined to make a name for himself, Stallworth bravely sets out on a dangerous mission: infiltrate and expose the Ku Klux Klan. The young detective soon recruits a more seasoned colleague, Flip Zimmerman (Adam Driver), into the undercover investigation. Together, they team up to take down the extremist hate group as the organization aims to sanitize its violent rhetoric to appeal to the mainstream. Raucous and relevant. Produced by the team behind the Academy-Award® winning Get Out.The film also stars Adam Driver, Topher Grace and Alec Baldwin..