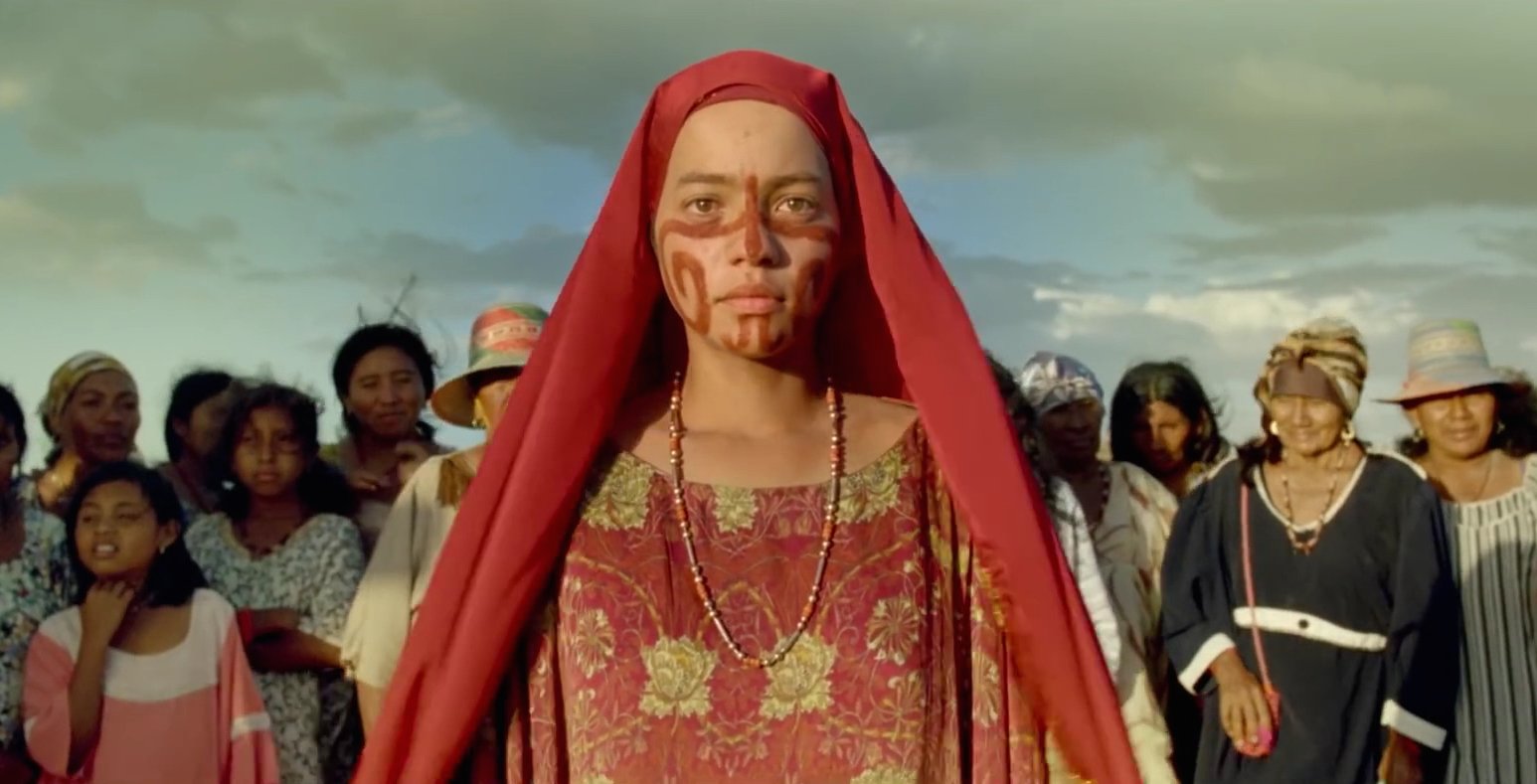 From Academy Award nominated filmmakers Cristina Gallego and Ciro Guerra (Embrace of the Serpent), this stunning film charts the rise of the Colombian drug business from its pre-Escobar roots among rival Wayuú clans in the north of the country.

When Rapayet (José Acosta) attends Zaida’s (Natalia Reyes) coming out ceremony, he is heartstruck and determined to come up with the enormous dowry her mother (Carmiña Martínez) demands. A solution to his need for cash seems to appear when he and his friend Moisés (Jhon Narváez) meet some Peace Corps volunteers who are looking for weed. But the encounter will eventually have disastrous consequences for all involved. When the friends start selling marijuana, their success brings money, but it also causes them to risk their reputation, family, and clan loyalty. And when Moisés targets Rapayet’s cousin’s clan, a rapid downward spiral ensues. Full of haunting images — including atmospheric landscapes and ominous symbols of birds, locusts, and jaguars — Gallego and Guerra’s story is both mysterious and absorbing as the action plays out. A beautifully crafted, slow-burn crime saga steeped in native traditions, Guerra describes the film as being less about criminals and heroes, and more about “exploring what savage, untamed capitalism has done to our soul, to the spirit of our people.”