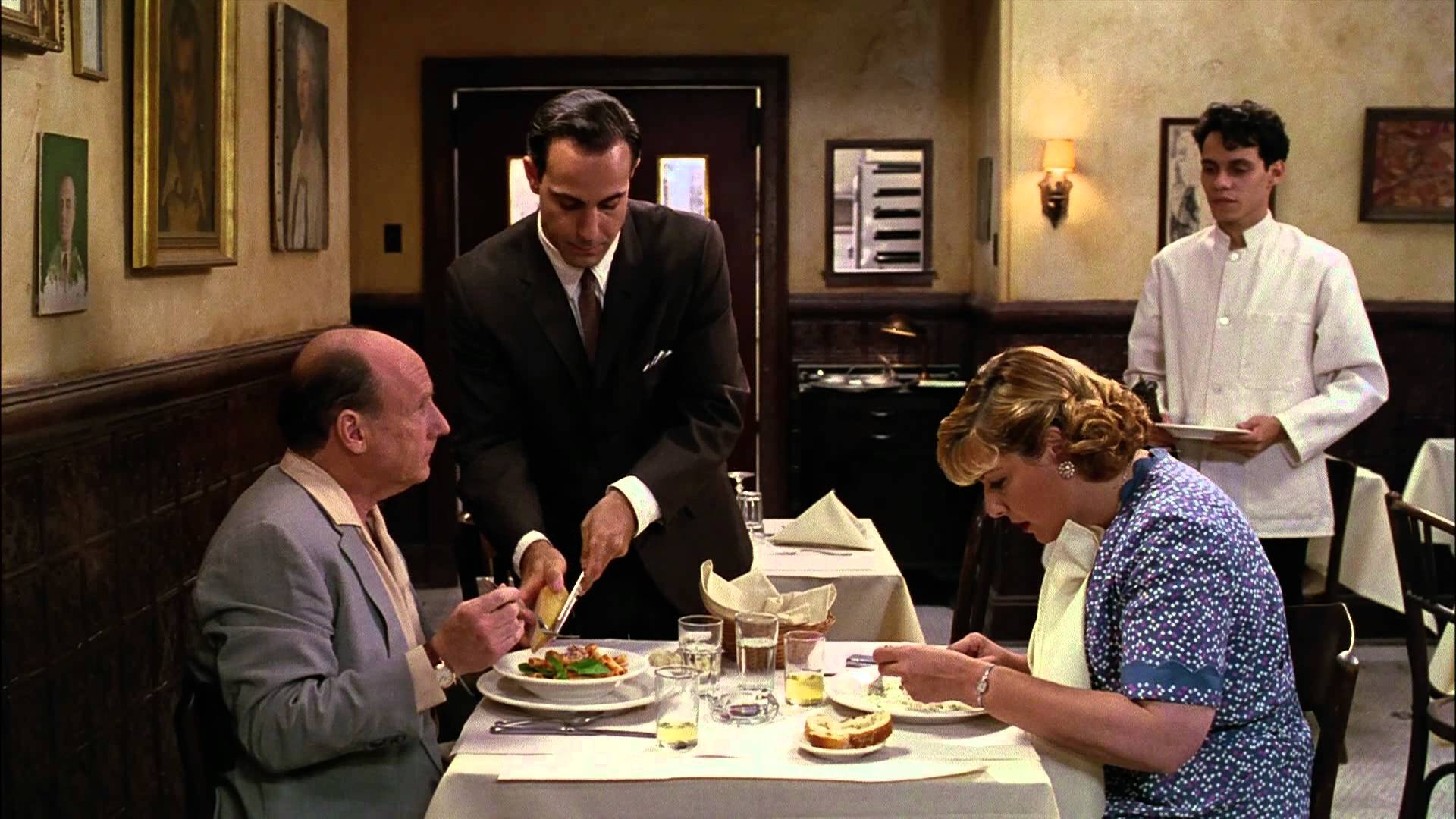 Enjoy dinner and a movie and help fundraise for Upstate Films!
See the culinary classic BIG NIGHT, followed by a sumptuous dinner cooked by the chef who designed the food in the film. Seated family style at long farm tables in Cucina‘s renovated 19th century barn, attendees will taste dishes chef Gianni Scappin orchestrated for Stanley Tucci and Campbell Scott’s film, including the show-stopping timpano. Movie admission, dinner, and wine are included in the price of the ticket. SOLD OUT! Click here for tickets ($75 per person)

Brothers Primo (Tony Shalhoub) and Secondo (Stanley Tucci) moved from Italy to America in hopes of creating a successful authentic Italian restaurant. But they have a lot to learn about the new world. Unfortunately in 1950s New Jersey, diners have a preference for red-checked table cloths, Chianti bottles decorated with candle drippings, and red sauce all the way. In their sea-shore community — dominated by a tacky establishment run by a chef (Ian Holm) who caters to simplistic views of Italian food — the brothers’ small restaurant, Paradise, is faced with daunting competition. Despite being ahead of the culinary curve, they eventually face both foreclosure and the depressing choice to either work for Pascal or return to Italy. But when Secondo hears that famed Italian-American band leader Louis Prima is coming to play a gig in the area, he decides to create an event, a celebratory “big night” in the singer’s honor at the restaurant. An absolute hit when it showed in 1996, BIG NIGHT features an all-star ensemble, including Stanley Tucci, Tony Shalhoub, Ian Holm, Isabella Rosselini, Allison Janney, Minney Driver, Campbell Scott, and Liev Schreiber.

About the chef:
Chef Gianni Scappin is the owner of Hudson Valley restaurants Cucina in Woodstock and Market St. in Rhinebeck. Known for his authentic contemporary Italian cusine featuring seasonal, local produce, Scappin is also the co-author of Cucina & Famiglia: Two Italian Families Share Their Stories, Recipes, and Traditions, which he co-authored with Joan T. Tucci and Mimi Sharley Taft.