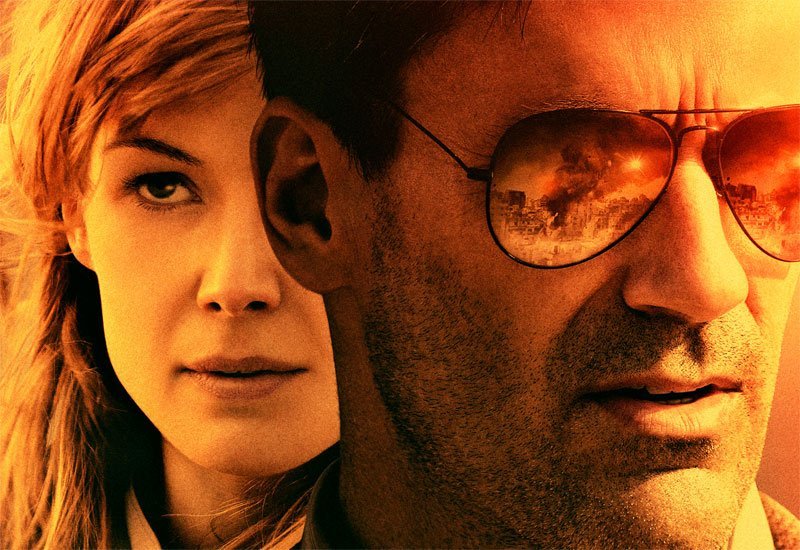 Beirut stars Jon Hamm as a former U.S. diplomat who is called back into service to negotiate a hostage release, and Rosamund Pike as the handler tasked with keeping him alive.

In 1972, Mason Skiles (Hamm) is a happy diplomat in Beirut, schmoozing with other Americans and confident he understands the messy politics of the region. After a shocking incident leaves his life and career a wreck, he realizes he may not know as much as he thinks. Years later, he’s returned to Boston, where he’s cut off from his high-flying past. Using his knack for seeing through bluffs and knowing what people are willing to settle for, Mason lands a job mediating labor disputes. But his past resurfaces unexpectedly when a distant acquaintance finds him drinking (as usual) in a bar and offers him thousands to immediately get on a flight to Beirut — ostensibly in order to lecture at a university. He arrives well-lubricated to find the city he loved now in ruins after years of civil war, as well as to find that his old friend and colleague Cal (Mark Pellegrino) has been kidnapped. Tasked with negotiating his return, U.S. diplomats and CIA operatives (Rosamund Pike, Shea Whigham, Dean Norris) pray Skiles can stay sober long enough to serve as the mouthpiece for their own agendas. With strong performances and an absorbing story, Beirut is a smart, entertaining thriller from writer Tony Gilroy (the Bourne trilogy) and director Brad Anderson (The Machinist, The Wire).