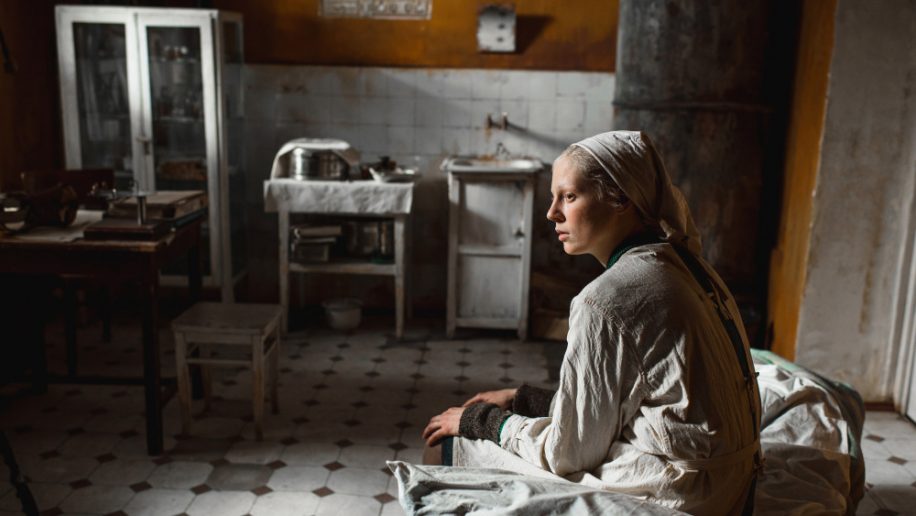 During World War II in Leningrad, the siege of the city is finally over, but life and death struggles continue in the wreckage that remains. Two young women search for meaning and hope during their struggle to rebuild their lives amongst the ruins.

This year’s Russian entry for the Best International Feature at the Oscars arrives having already scored a directing award for filmmaker Kantemir Balagov at Cannes. Iya, or Beanpole, is a nurse at a hospital for wounded veterans in St. Petersburg at the tail end of WWII. A quiet and gangly figure still suffering the effects of a concussion sustained in the war, she cares for her patients with stoic resolve while looking after a young boy for whom she has a mysterious obligation. When another woman, Masha, shows up at the hospital, we begin to understand how past events motivate Iya and tie the characters together. A character drama exploring the manifestations of PTSD in a social climate of repression, BEANPOLE takes a sensitive and incisive approach to its two female protagonists. Offering more than just a portrait of misery, it provides a female perspective on the early stages of healing from the traumas of war.

“Not only is BEANPOLE one of the first essential cinematic works released in theaters this year, it is also among the most involving character studies in recent memory.” -Matt Fagerholm, RogerEbert.com