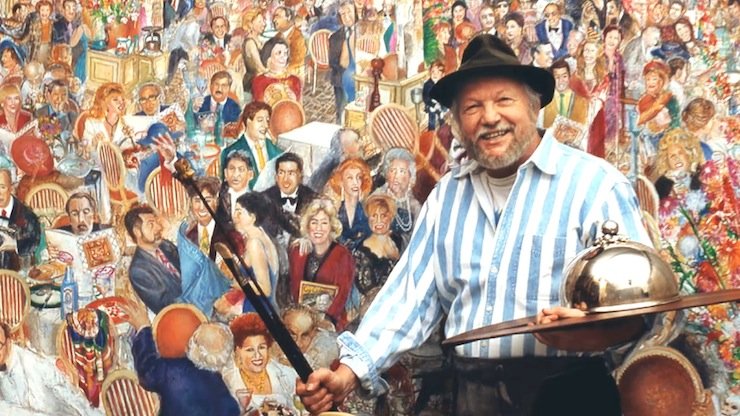 At once a portrait of the artist as a young troublemaker, an alternate history of modern art and a quintessential New York story, ART BASTARD is as energetic, humorous and unapologetically honest as the uncompromising man at its center: Robert Cenedella.

In a madcap art world obsessed with money, fame and hype, how does an artist driven by justice, defiance and his own singular style thrive? For decades, fiercely independent New York artist Robert Cenedella has lived an artistic journey struggling for creative expression. A student, protégé and friend of German artist George Grosz, Cenedella is now passing on the legacy of Grosz’s approach to art, in the very same room at the Art Students League where Grosz taught. Cenedella was a contemporary of Andy Warhol. But he has essentially served as the anti-Warhol. His noisy, raucous, color-splashed paintings of city scenes approach the world with a sincerity that defies the irony, frivolity and controversy-for-the-sake-of-controversy that have become the cultural currency since the 60s. Yet, as ART BASTARD reveals, Cenedella couldn’t be any more a product of these times. He was the son of a blacklisted writer, raised on crushed 50s dreams. He’s been haunted by dark family secrets. His passionate convictions started so young they got him kicked out of high school. Even when he found solace and expression in art, he was an unabashed outsider – never a gallery darling, not pursued by museum curators, but an artist who was going to have his say regardless of who was paying attention.
Even so, over time, Cenedella’s vast canvases, rife with the chaotic beauty of politics, humor, history and humanity, drew admirers from all walks of society – even from the vaunted art patrons who rejected him. In a fast-moving series of riveting interviews with family members, art critics, museum directors, New York power brokers, art students and Cenedella himself, director Victor Kanefsky candidly presents Cenedella’s personal journey – and reveals the creation of a modern art career that ignored all the modern art rules.
Cenedella painted and studied with the exiled German satirical painter George Grosz, who inspired his merging of refined technique with blistering social critique; from his provocative 1965 “Yes Art” exhibit which became the most popular – and debated – show of the year, lambasting the crass commercialism of the blossoming Pop Art movement, to his break from painting and his fruitful return as a teacher, mentor and unbowed iconoclast of American painting. While Cenedella forthrightly questions the mechanics – and profit-making — of the art world, he has it out for no one. As he puts it: “It’s not what they show that bothers me, it’s what they don’t show.” What ART BASTARD shows, in stunning cinematic detail, are the living, breathing, storytelling canvases that Cenedella has created for six decades while providing an inquiry into what art is and who it’s for. A feisty portrait of the ups and downs of a life lived on one’s own terms.