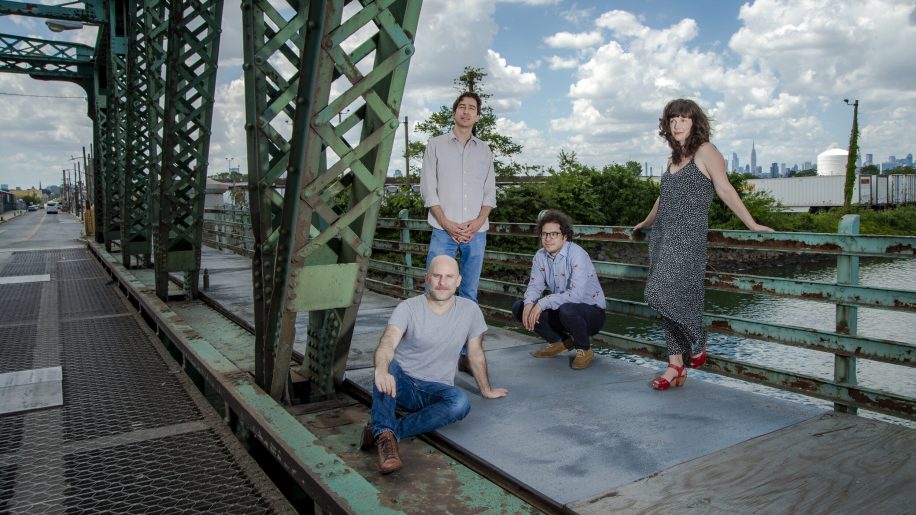 Abby Hollander is a singer, multi-instrumentalist, and award-winning songwriter originally from Woodstock, NY. In 2013 she formed her band in Brooklyn, NY to perform her original songs in a traditional bluegrass setting.

Jason Borisoff is co-founder of the Brooklyn Bluegrass Collective and plays guitar, sings harmony, and co-writes songs. Ellery Marshall provides the banjo sound that is one of the group’s trademark features. Jacob Tilove is a mandolin player and singer known for his work in The Lonesome Trio. The group is regularly joined some of the north east’s best fiddle players.

All the musicians play an active role in helping Abby arrange her songs, making the band a dynamic, collaborative experience rooted equally in the time-honored sounds of bluegrass and the 21st century city they call home. The band has been featured in numerous bluegrass festivals and publications, including as emerging artists at the 2015 Grey Fox Bluegrass Festival.

Their self-titled debut album is now available for download on iTunes and Amazon, and on CD at any of their shows.