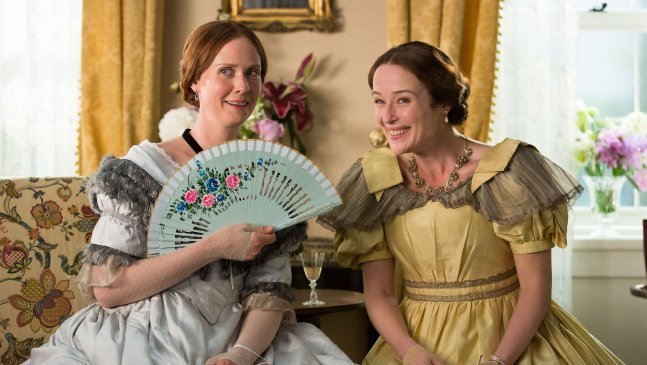 Not at all a typical bio-pic, this film reveals and respects what made Emily Dickinson a poet of her time and for all time.
Cynthia Nixon delivers a triumphant performance personifying the wit, intellectual independence and pathos of this 19th-century poet whose genius only came to be recognized posthumously. Acclaimed British director Terence Davies (HOUSE OF MIRTH, THE DEEP BLUE SEA) exquisitely evokes Dickinson’s deep attachment to her close knit family along with the manners, mores and spiritual convictions of her time that she transcended via her poetry. Now recognized as a genius, fewer than a dozen of her nearly 1,800 poems were published during her lifetime. A recluse who eventually boarded herself up in her bedroom, Dickinson explored her inner self in great detail. As source material, her story is as poetic as her work itself. A QUIET PASSION’s historical specificity is the headiness and eloquence of its dialogue, which comes at a rapid clip with a prolonged emphasis on this semantic minutiae. The rigor Emily practiced in daily conversation extended naturally to her poetry—excerpts of which are voluptuously recited by Nixon in voiceover interludes. Cast includes Jennifer Ehle, Keith Carradine, Duncan Duff, Jodhi May, Joanna Bacon, Catherine Bailey, Emma Bell, Benjamin Wainwright, Annette Badland, Rose William, and Stefan Menaul