Shot on location in the alps of Austria and Italy, the latest film from Terrence Malick (BADLANDS, THE TREE OF LIFE, DAYS OF HEAVEN) is based on the true story of Franz Jägerstetter, an Austrian conscientious objector during the second world war. 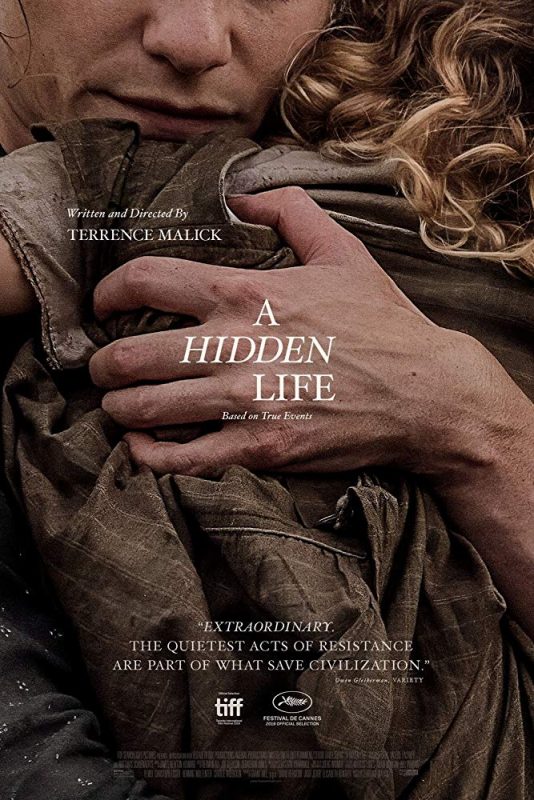 As the cult of personality surrounding Hitler swept the Austrian countryside, Jägerstetter made a personal stand for his anti-Nazi beliefs by refusing to take the Hitler oath as a Wehrmacht conscript. This act of resistance, neither heroic nor remarkable in and of itself, reveals a strength of spirit and conscience in the face of evil that has, and indeed must resound through history. Featuring the sweeping naturalistic cinematography of Jörg Widmer and the final acting performances of Bruno Ganz and Michael Nyqvist, A HIDDEN LIFE finds Malick returning to fine cinematic form, and political pertinence.

“An intimate epic about the immense strength required for resistance, and the courage that it takes for one to hold fast to their virtue during a crisis of faith” -David Ehrlich, IndieWire