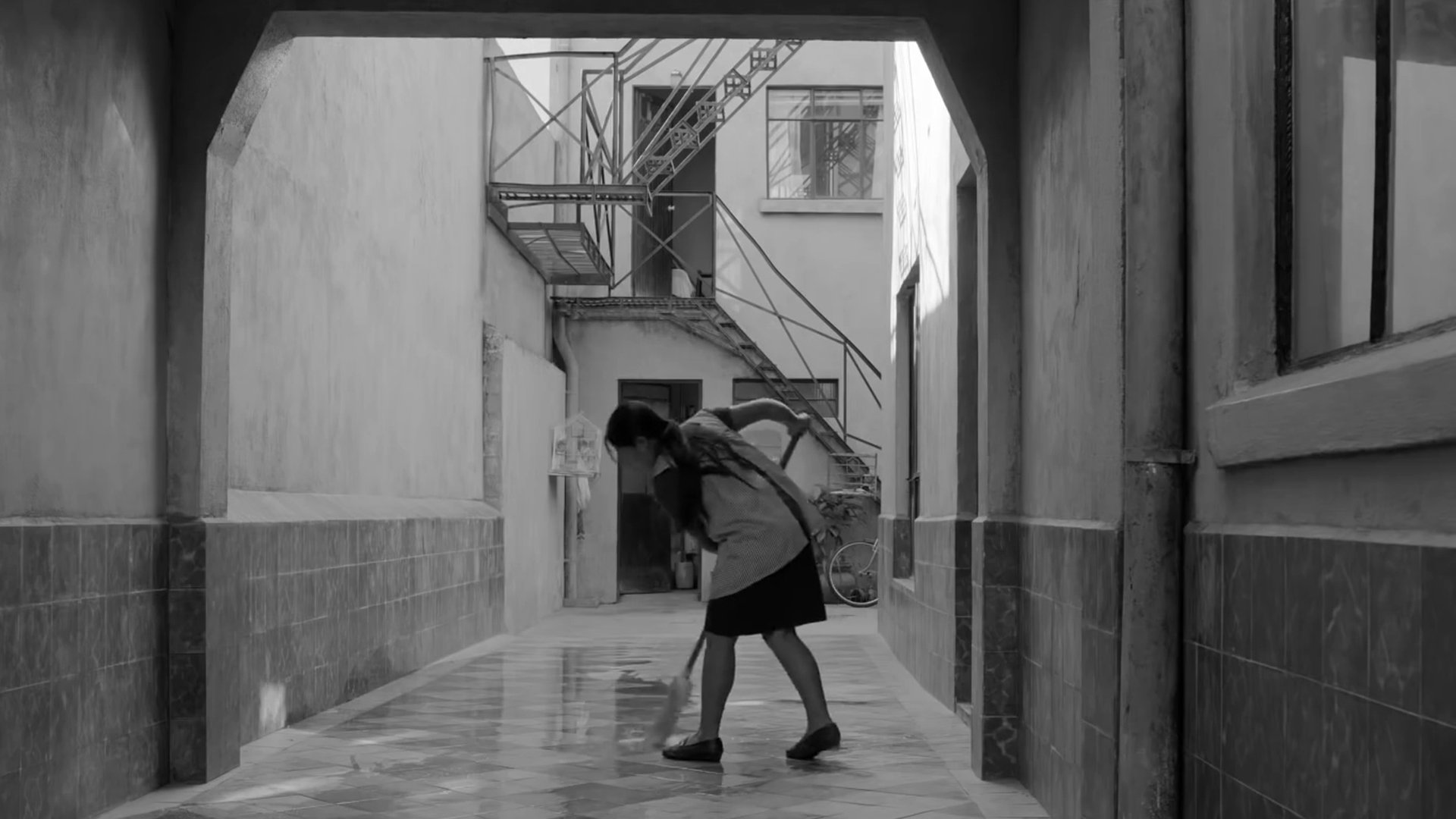 Academy Award winner – Best Foreign Film
Roma was one of 2018’s most anticipated films, and it’s been the subject of rapturous reviews since its fall festival debut. The lushly shot, monochromatic domestic drama from Oscar-winning director Alfonso Cuarón (Gravity, Children of Men, Y Tu Mamá También) — who also served as his own cinematographer — tells the story of a family in Mexico City and a girl who works for them.

Focusing on the struggles and strength of the family’s women, Roma is funny, sad, and carefully told — a challenge to the viewer to simply sit and pay attention to people who find themselves overlooked in their own homes. The film is being positioned by Netflix for a big awards season run in a number of categories, including cinematography, directing, and writing — and given its sensitive, gorgeous rendering that’s garnered comparisons to world cinema masters like Fellini and Bresson, it’s likely to be a strong contender. It’s also an incredible sensory experience, full of layered visuals and sound, that richly rewards the sensitive, attentive viewer. In Spanish, Central American Indian languages, English, Norwegian, Japanese, German, and French with subtitles.