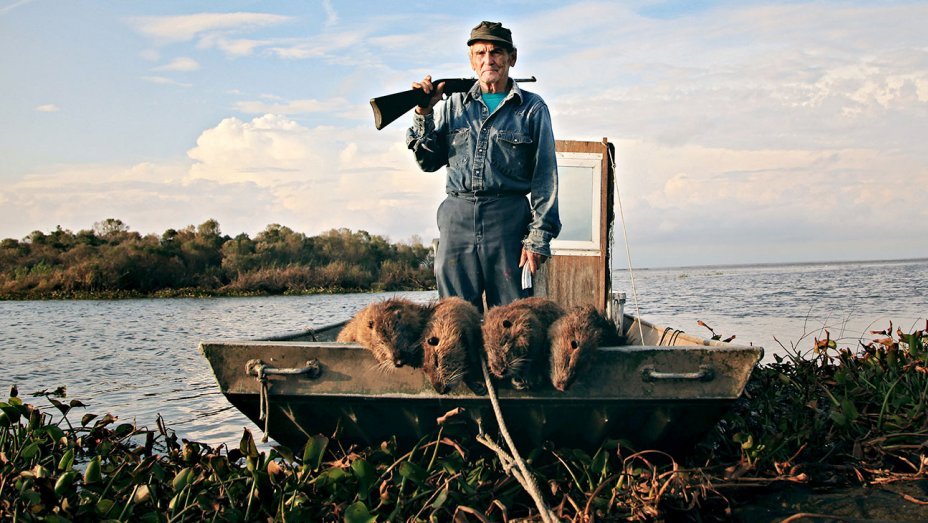 In Person: Director Jeff Springer. Friday, November 16th at 8:15pm in Rhinebeck
In 2005, Hurricane Katrina put 80% of New Orleans underwater and demolished nearly all waterfront structures.  But this film is not about Katrina, it is about the larger region south of New Orleans that survived the hurricane and is now facing its latest threat — hordes of monstrous 20 pound rodents known as “nutria”.

Louisiana’s coastal wetlands are one of the largest disappearing landmasses in the world, and the voracious appetite of this curious and unexpected invasive species from South America is greatly accelerating coastal erosion. As the coastline disappears, the hunters and trappers, fishermen and shrimpers, storytellers and musicians are leaving en masse. Nonetheless, a stalwart few remain and are fighting back. Rodents of Unusual Size tells the story of one such diehard, Thomas Gonzales, and his community of Delacroix Island, as they fight the invasion of the rodents. Through their offbeat stories, the film examines the devastation surrounding hurricanes, loss of culture and homeland, and the resilience of the human spirit.