For the 12th consecutive year, Shorts HD and Magnolia Pictures present the Oscar-Nominated Short Films. This is your annual chance to predict the winners (and have the edge in your Oscar pool)! A hit with audiences around the country, don’t miss this year’s selection of animated shorts – the weekend of February 10th at Upstate Films. This year’s program includes the 5 nominees, plus 3 additional titles. The selections are suitable for young viewers until the very last film, which will be preceded by a parental-guidance title card. Click below for information on the program.
(Running time: 86 mins) 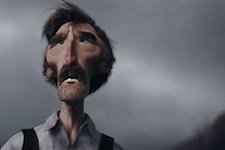 Borrowed Time (nominated title)
(Directed by Andrew Coats and Lou Hamou-Lhadj, USA)
A weathered sheriff returns to the remains of an accident he has spent a lifetime trying to forget. With each step forward, the memories come flooding back. Faced with his mistake once again, he must find the strength to carry on. 7 mins. 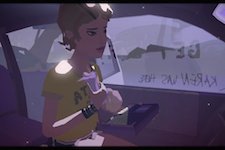 Pearl (nominated title)
(Directed by Patrick Osborne, USA)
Set inside their home, a beloved hatchback, PEARL follows a girl and her dad as they crisscross the country chasing their dreams. It’s a story about the gifts we hand down and their power to carry love, and finding grace in the unlikeliest of places. 6 mins. 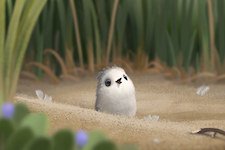 Piper (nominated title)
(Directed by Alan Barillaro, USA)
PIPER, the new short from Pixar Animation Studios, tells the story of a hungry sandpiper hatchling who ventures from her nest for the first time to dig for food by the shoreline. The only problem is, the food is buried beneath the sand where scary waves roll up onto the shore. 6 mins. 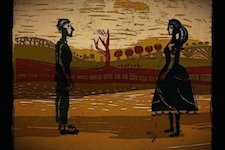 Blind Vaysha (nominated title)
(Directed by Theodore Ushev, Canada)
Vaysha is not like other young girls; she was born with one green eye and one brown eye. Her left eye sees only the past. Her right, the future. Blinded by what was and tormented by what will be, she remains trapped between two irreconcilable temporalities. 8 mins. 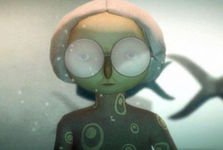 The Head Vanishes (additional film)
(Directed by Frank Dion, Canada and France)
A little girl who may have lost her mind decides to take a trip to the seaside by herself. 9 mins. 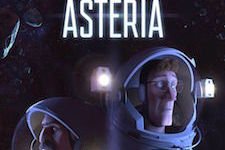 Asteria (additional film)
(Directed by Alexandre Arpentinier, France)
Two astronauts go on the conquest of an unknown planet but an unusual situation puts their professionalism to the test. 5 mins. 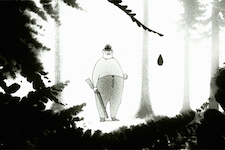 Happy End (additional film)
(Directed by Jan Saska, Czech Republic)
A black comedy about death with a happy ending. A splendid chain of unlikely encounters. Hunters, a tractor driver, a disco boy, and a corpse. 6 mins. 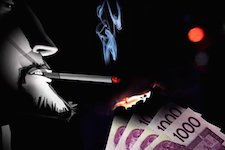 Pear Cider and Cigarettes (nominated title)
(Directed by Robert Valley, Canada and UK)
Drink and smoke and fight. That’s what Techno Stypes likes to do. But he is in no condition.  35 mins.
*This title is not suitable for young viewers.